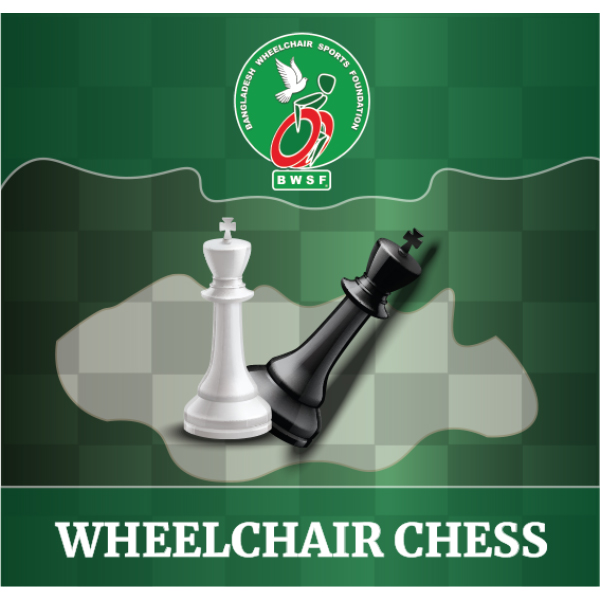 Chess, a strategical board game of two-players. This game is believed to be derived from the Indian game chaturanga sometime before the 7th century. Chaturanga is also the likely ancestor of the East Asian strategy games xiangqi (Chinese chess), janggi (Korean chess), and shogi (Japanese chess). Chess reached Europe via Persia and Arabia by the 9th century, due to the Umayyad conquest of Hispania. The queen and bishop assumed their current powers in Spain in the late 15th century, and the modern rules were standardized in the 19th century.


Any Wheelchair Athletes who are interested can play chess.


According to the International Chess Federation FIDE Handbook-
BWSF implements the rules for the wheelchair chess players.